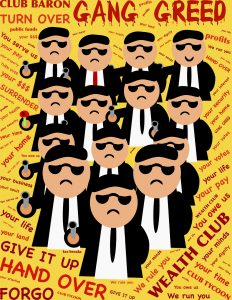 Modern Day Slavery takes many forms including: Human trafficking, Forced Labour, Debt bondage, Descent-based slavery, Slavery of children, Forced or early marriage.
In the UK we often think that these issues do not concern us however, interestingly, according to Anti-Slavery International in 2019 over 10,000 people were identified as potential victims by the authorities in the UK alone. Worldwide it is estimated that 40 Million people are trapped in modern slavery; one quarter of these are children and almost three quarters of these are female; women and girls.
Technology has expanded supply chains across the world increasing awareness and risk for many organisations. More than ever, organisation must ensure they are aware of the risk in their supply chains and act to reduce these. Changing your supplier or supply chain means that your level of exposure will change. Merely complying with the Modern-Day Slavery Act 2015 just isn’t enough. Failure to act can result in increased pain and suffering, reputational damage, supply failure, financial and legal risk.

Not in our Business, surely?
Surprisingly, even over recent years I have heard comments such as “well, it’s so far removed”, “doesn’t impact us” and “what can we do about this”. My first thought then is; here is a positive indicator that this individual requires educating to increase their knowledge and awareness. My second thought is, oh my, if this is what the individual thinks what is the organisational stance? This is worrying as these individuals are representatives of their employers. Modern Day Slavery must be taken seriously. Addressing the risks are easy, but only once you get buy in from the top!
The good news is there are plenty of measures that organisations can put into place quickly and easily, these are demonstrated in just 5:

1. Understand Modern Day Slavery – conduct research and benchmark your organisation
2. Create a vision and policy – get buy-in from the top!
3. Set clear objectives – be realistic about what is achievable
4. Create a plan – stick to it
5. Measure and Review – don’t forget to celebrate and share success

I hear you, sounds easier said than done…well you would be right. It’s not easy to get support from your supply chain and knowing where to start can be scary. This is why we recommend that our procurement professionals use the correct tools to help. This is essential to identify suppliers that you are able influence or partner with. Remember there could potentially be a lot of benefits for your supply chain too. Starting with your existing supply base identify the level of risk related to a supplier and supply chain, for instance, consider their location/size/history. After this consider whether these suppliers could be influenced or would be willing to work together. 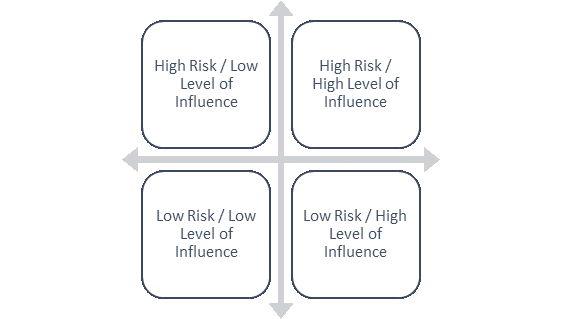 Using the above diagram, once suppliers have been categorised it becomes sensible to consider developing a strategy to for each quadrant, starting with the quick wins, the high risk/high level of influence quadrant. Remember, work with your supply chains, identify the risks, agree action plans and timeline and manage them. Reward and incentivise your supply base for making progress.
Make changes to the procurement process, implement changes to include Modern Day Slavery factors into to your specifications, supplier appraisal, supplier selection, contracts, evaluation criteria, KPI’s and performance management. The benefits for organisation of embedding these factors into their procurement process include:

If after reading this you are still not convinced Modern-Day Slavery affects your organisation ask yourself, what is the origin of manufacture of your organisational uniform, PPE, merchandise, mobile phone, tools and equipment. If you answer UK, are you 100% positive that there is no risk considering the statistics mentioned above? How can you be sure?
If you would like to discover more tools, models and techniques or have would to discuss your organisational processes and concerns relating to this issue please get in touch at  CONTACT US or take a look at the related courses

Managing and Mitigating Risk in your Supply Chain 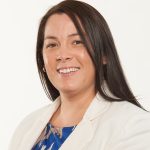